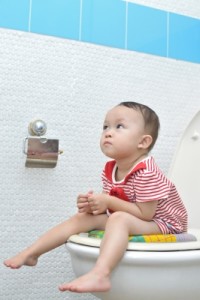 Best way to have a bowel motions is to squat and not sit on the toilet like most westerners is do. When you squat the muscle that normally in circles the passage way to the bowel is released. When we are sitting this muscle is not entirely released. Under normal circumstances we would not want it to be released so that we don’t have a bowel motion unexpectedly. Those that squat spend less time in the toilet and have a lot less incidence of haemorrhoids and diverticulitis. So what do we do with conventional toilets?  We don’t need to stand on the toilet to squat on it. All we need to do is get a stool in front of the toilet and put our feet on the stool.  Give it a try.

Image courtesy of arztsami at FreeDigitalPhotos.net